The Down and Dirty Guide to Music Theory

Jump Into the Fundamentals

Don't read music but want to know how it works? Don't worry. This book was written with the non-reader in mind. It tackles the subject of music theory in a practical way that is easy to understand. Whether you are new to music or just brushing up, this guide shows music theory in plain language with loads of illustrations.

"Music Theory" is the term used to describe the study of how notes, chords, and scales work together to make music. Contrary to the its name, music theory is not some pie-in-the-sky hypothesis about how musicians "should" write music. Rather, it explains how musical tones relate to each other. Music theory does not crimp a musician's creativity any more than learning the alphabet hinders a novelist.

What you do with music theory knowledge is limited only by your own musical imagination. And, when you know how music is made you can use that information to your advantage whether you are playing an instrument or composing a song.

This 57-page ebook shows the "need-to-know" principles of music every musician can benefit from. With this knowledge, you will learn the difference between playing an instrument and playing music. This book covers:

The topics covered in this book represent the musical concepts most relavant to musicians. The book is geared toward both the beginner musician as well as the accomplised musician who wants to better understand the mechanics of making good music.

How "Theory" Can Help You

Music theory is often maligned by musicians who claim it stifles their creativity. Nothing could be farther from the truth! If anything, music theory gives your creativity more dimensions to work in. I believe that musicians who express their aversion to music theory are saying more about their fear of learning than the actual subject itself.

Music theory is not a set of rules to be memorized and then mindlessly followed. Not at all. It is an explanation of how musical tones relate to each other through time. It is up to the musician to use these tonal relationships to create an aesthetic and/or emotional effect.

Simply put, music theory gives musicians a tonal vocabulary that they can use to express themselves more fully. For a beginning music student, music theory is like a set of bicycle training wheels that will keep them out of musical trouble. For the advanced musician, music theory is the paint they apply to their musical portraits.

With Music Theory You Can:
Hear tonal relationships
Compose with confidence
Communicate with other musicians
Teach music
Write vocal harmonies for a melody
Improvise with others
Master chords and their function
Transcribe music 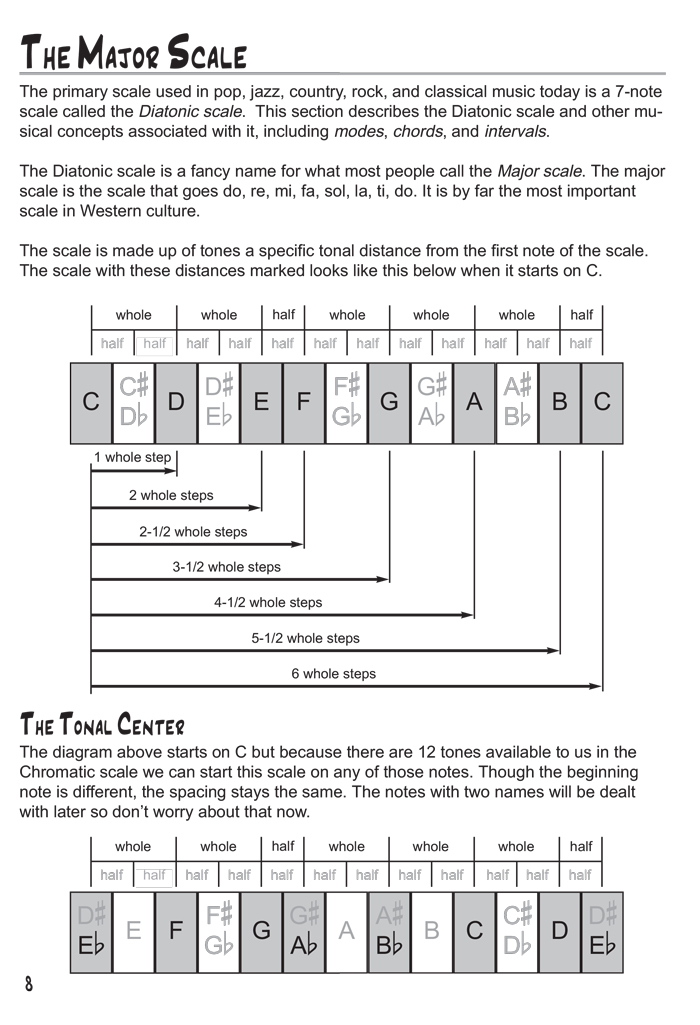 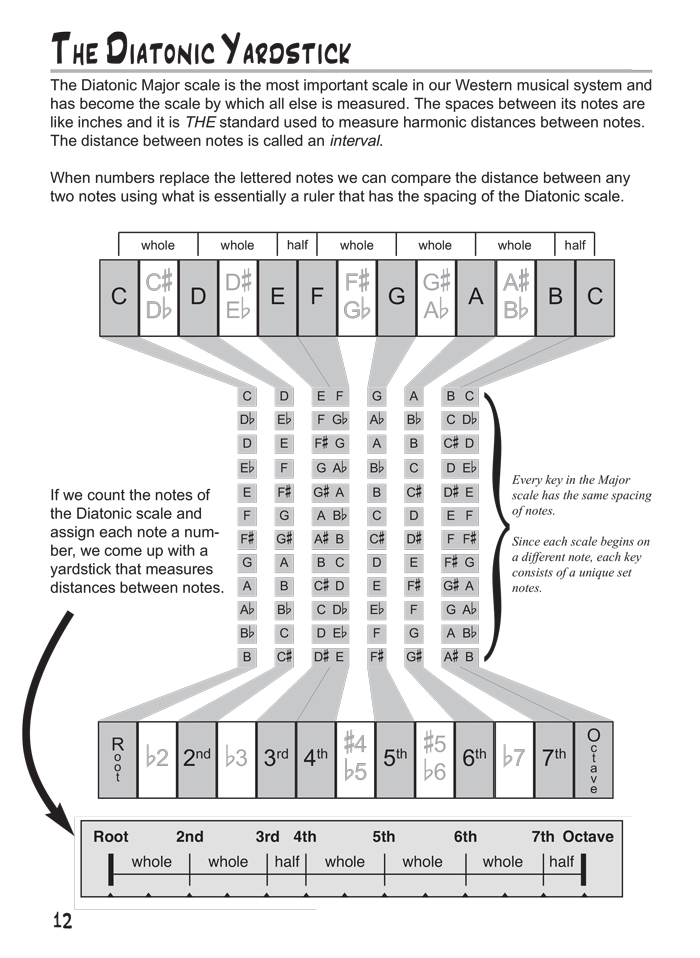 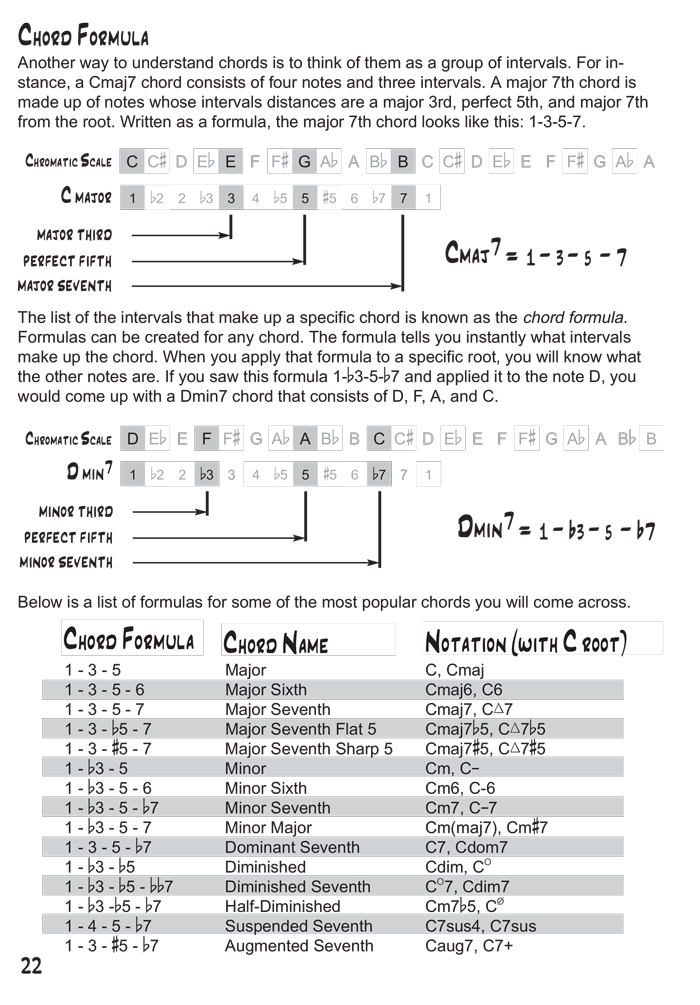 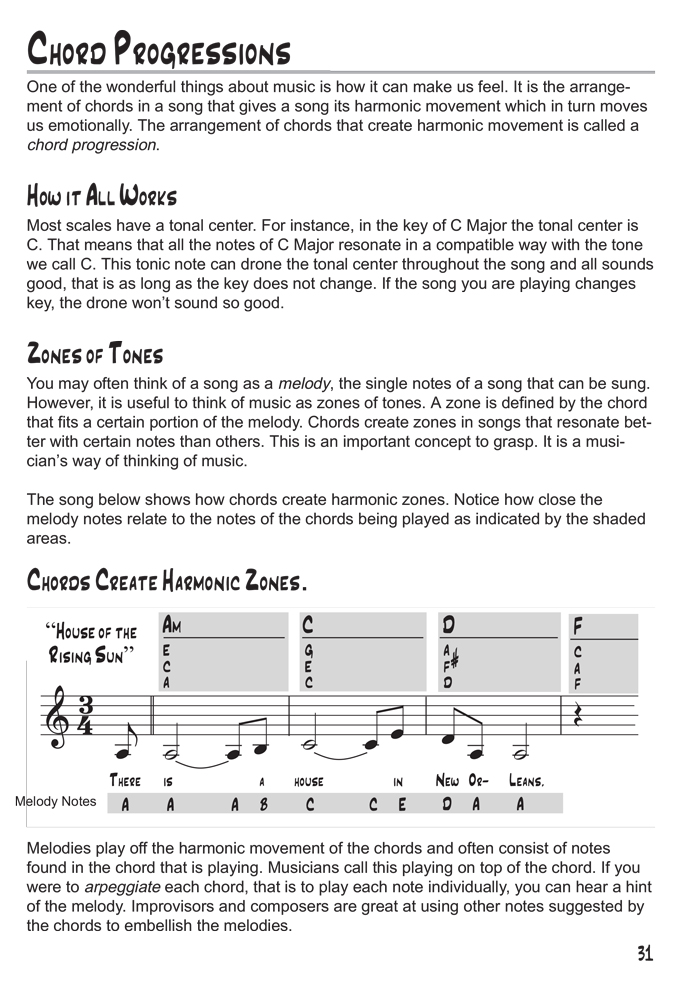 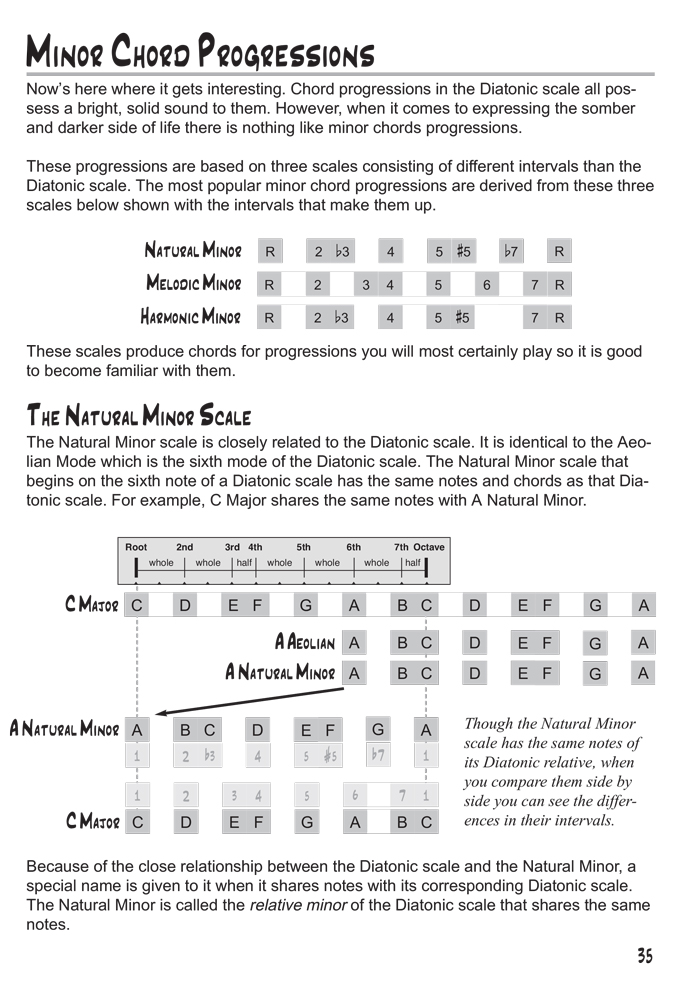 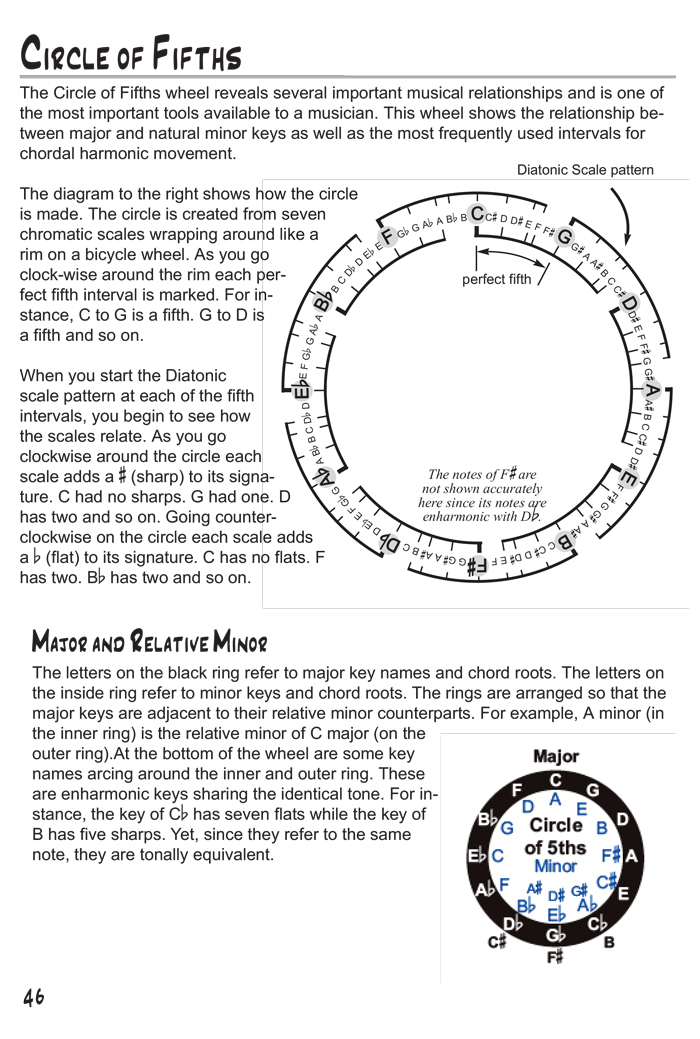 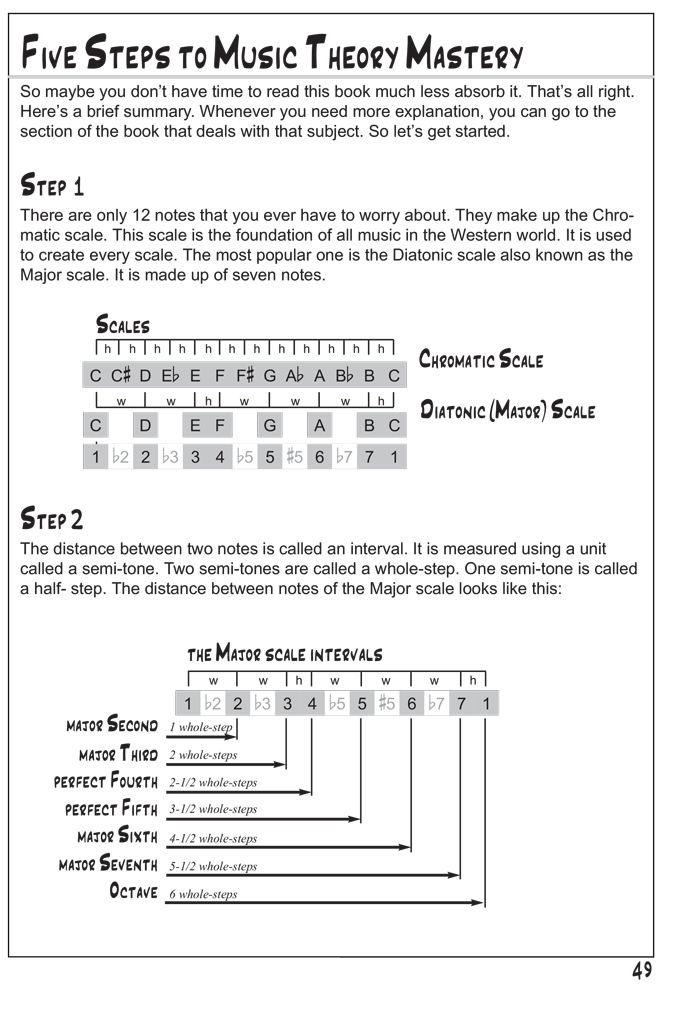 How the "Dirty Guide" Came to Be.

I wrote the "Down & Dirty Guide to Music Theory" in order to give people a working knowledge of music theory as fast as possible. I wanted to focus on the issues that musicians face most often when writing or analyzing music.

You Said, "Give Me More."
Before writing the "Dirty Guide," I developed the Harmonizer as a tool for helping musicians easily "compute" intervals, chord progressions, and chord formulas. It was created for those who knew basic music theory but needed a tool to help apply their knowledge in every key. Though it came with a booklet to aid the beginner, people asked me to create something that provided a broader introduction to music theory.

There Are Two Types of Books
I looked around to see what other books there were on the subject and discovered that there are two types of books on music theory, 1) those that are too ponderous, and 2) those that don't explain enough. So my aim became clear. Write a book about about music theory so people who are becoming musicians can understand it and use it.

My Own Experience
I drew upon my own experience with learning music theory when my teacher taught it like it was a set of rules chiseled into stone tablets. I did not want it to be like that. I wanted people to see what I saw in music theory, namely a pattern that repeats. I believed that if one could think of music theory as patterns rather than rules it would make more sense. One could even have the freedom to create their own patterns.

When I saw the "pattern" of music so much fell into place for me. It finally felt like something I could actually do. I don't have a very good ear but after learning a little music theory, I could identify chords and chord progressions by ear. That was big for me! I think since I don't have rock-star talent I am better able to explain music theory to regular people. I've been there.

I Want People to Have Ah-Ha Moments
I ended up creating a book that is heavy on examples and illustrations to give the reader several ways to understand each musical concept. I wanted people to see how simple music theory is and make a book that was full of ah-ha moments for them. From what people tell me, this book does it. 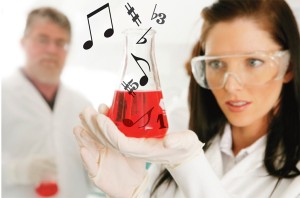 It's not rocket science. It's not brain surgery. But,
it is what every musician needs to know. 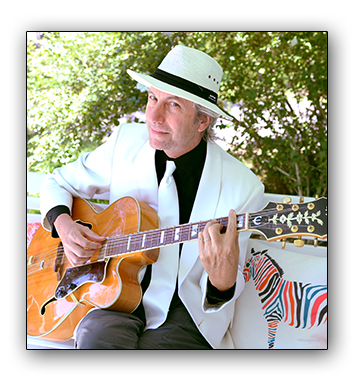 See other publications by Lotus Music.

These self-study method books help your practice time pay off. Available as eBooks, too.